We decided to write the blog in English in the future. That is a big challenge, but we think this is necessary for moving forward. In the first post we will write about us. Who we are, what we are doing and why we are doing this.

Kristjan Ilves was born on June 10, 1996 in Tartu. He started with Nordic combined when he was only 4 years old. Kristjan took part of the  Winter Olympics in 2014. He placed 41st on the normal hill Nordic combined event, and 34th on the large hill event. His best place at the World Championships is 23rd, in 2017, in 10 km Gundersen.

He represented Estonia at the Winter Olympics in 2018. He finished 16th on the normal hill.

Andreas Ilves was born on April 28, 2000 in Tartu. He started with Nordic combined, when he was 6 years old. His best result so far is 26th place at the FIS Junior World Ski Championships, on a normal hill event in Kanderdsteg. Andreas also made his World Cup debut in January 2018. 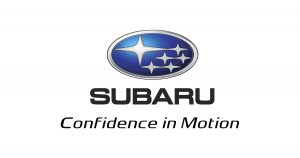